On April 18th me and my Dad got our first tornado about (At first touchdown) 5 miles west of Alva,Ok. We were pursuing a wall cloud near Waynoka when hail forced us to turn back north. At the time we did not know it (we did not have a radar) but we were under another wall cloud and it was starting to rotate. Before long the base dropped down and the rain bands tightened into a funnel. We were driving away as the circulation crossed the road, picking up a little bit of debris. By the time we stopped and i got out, it was in a wheat field and the camera could’t detect the circulation as it had lost all of the debris by now. Not long afterwards it got rain/hail wrapped and the wind was so strong it was making the van slide into the ditch while we were sitting still. Later storm chasers told us winds were gusting up to 70-80 MPH. On the back side of the storm penny to golf ball sized hail was falling and making the road look like it was December and not April! The weird thing is that their was NO tornado warning on the storm! Fortunately it stayed in the fields and caused no severe damage. Overall it was a really fun and exciting chase and I hope to see more tornados so I can start help keeping the public safe from these incredible acts of nature! 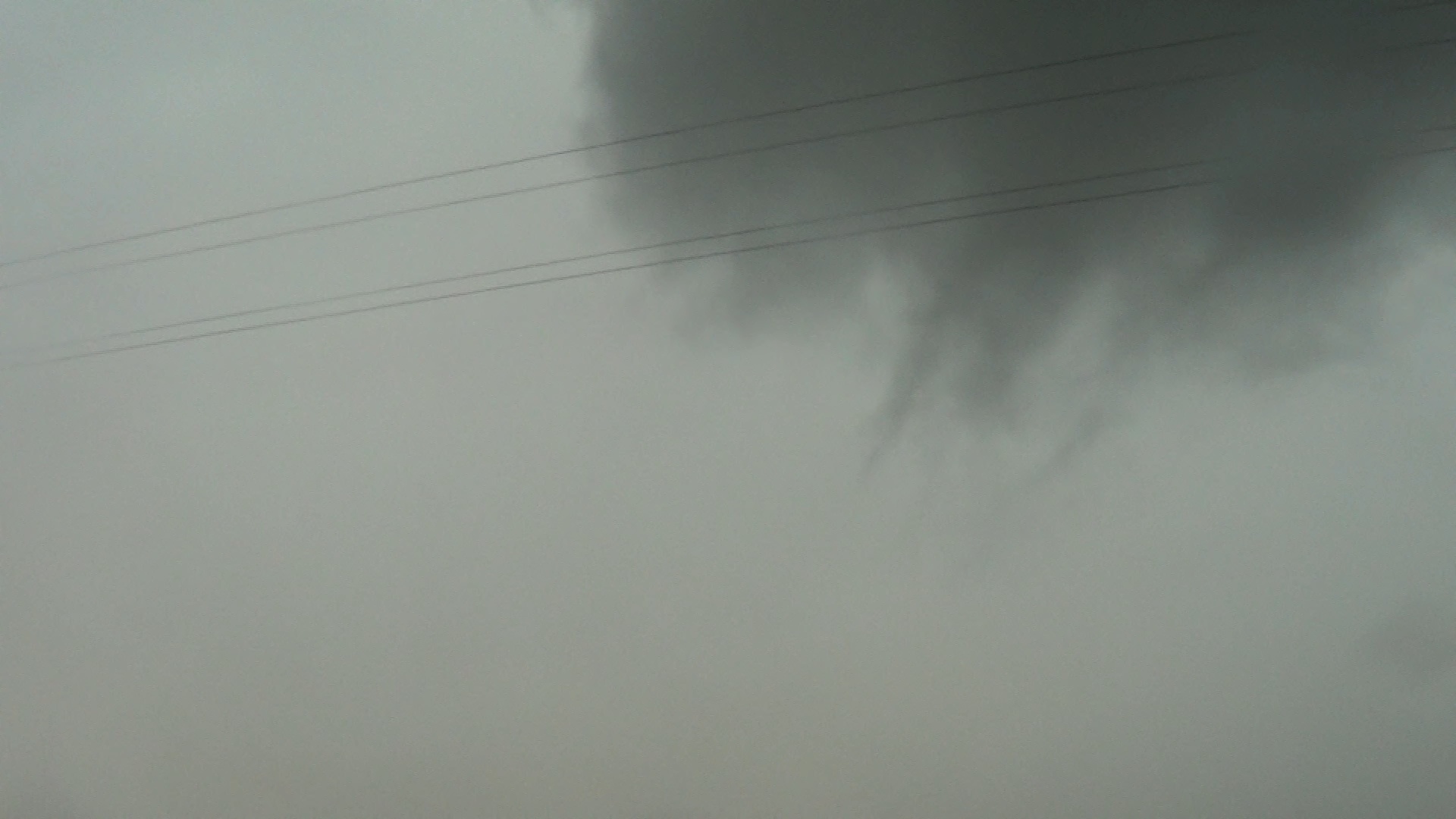 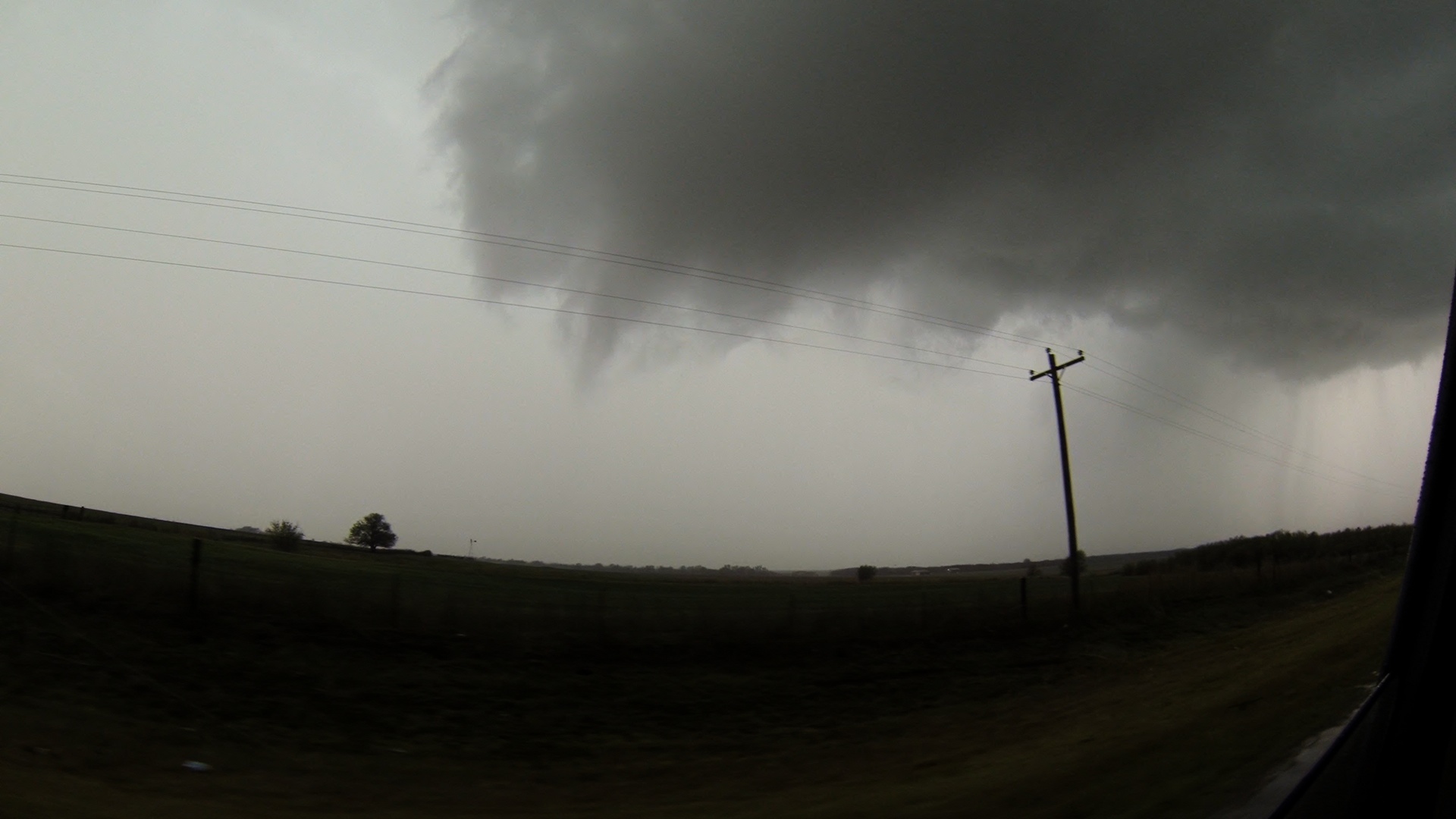 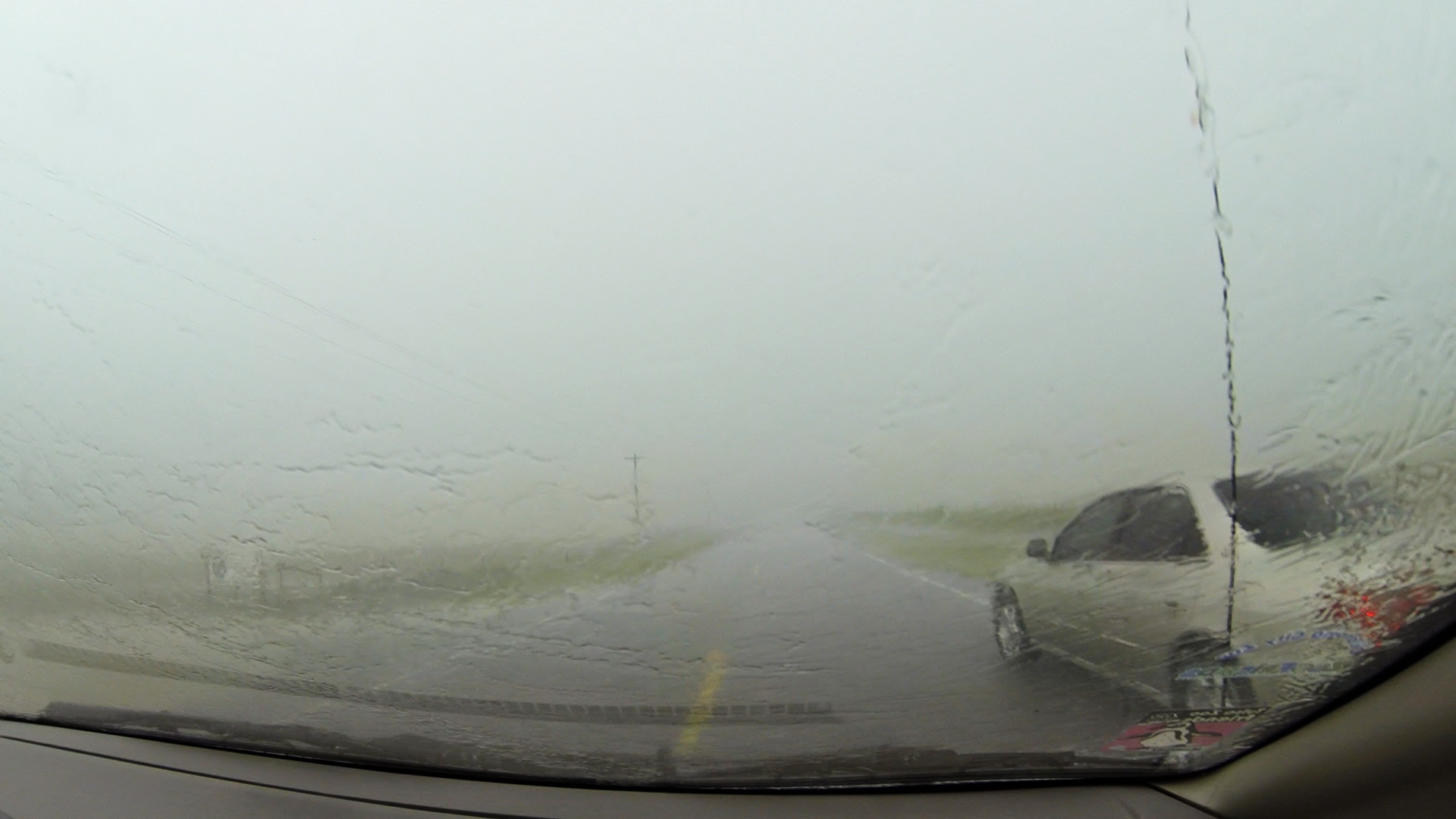